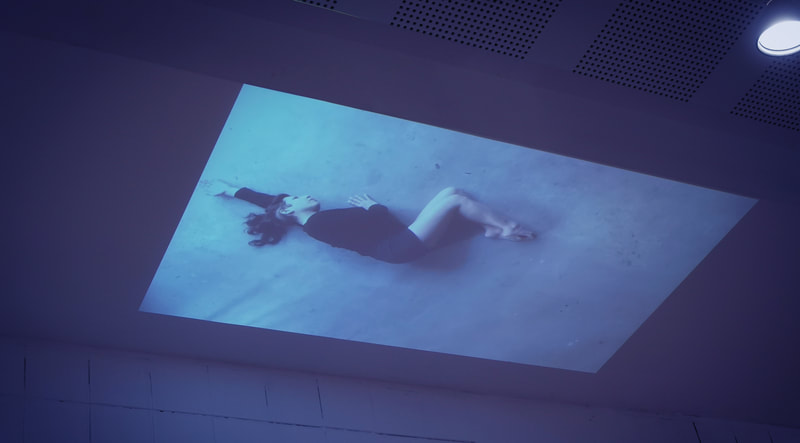 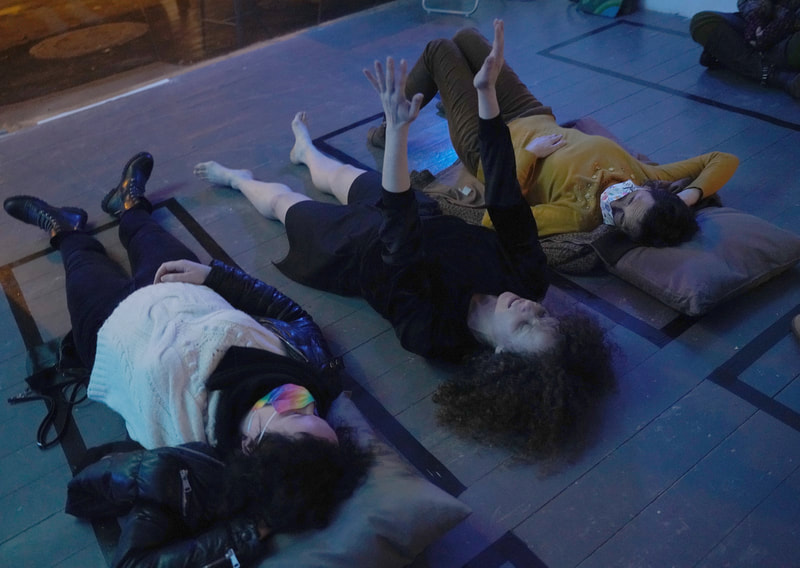 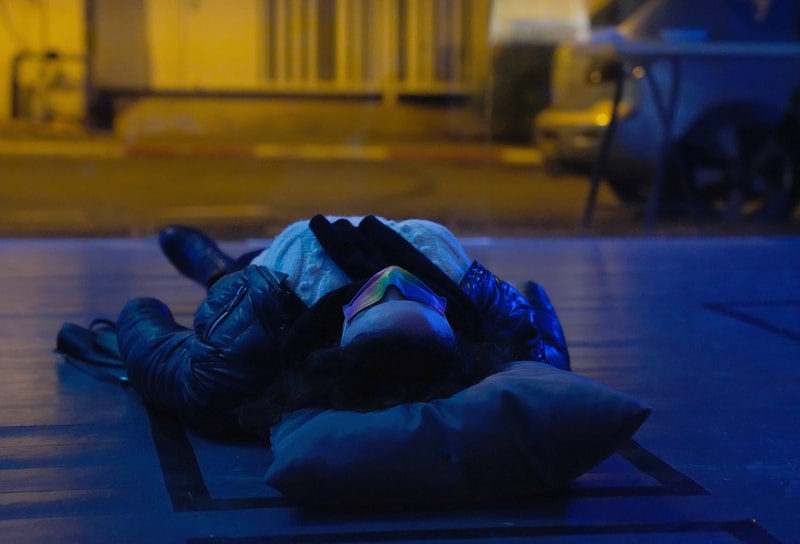 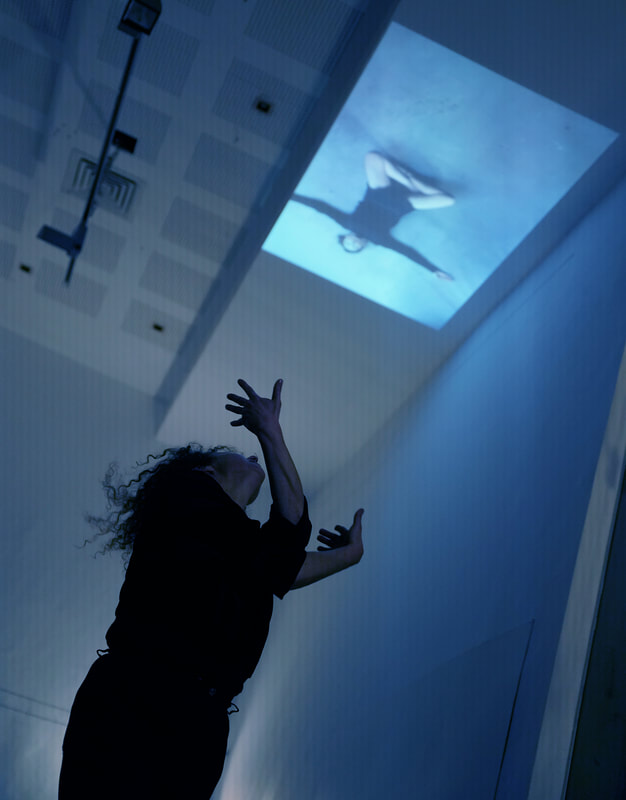 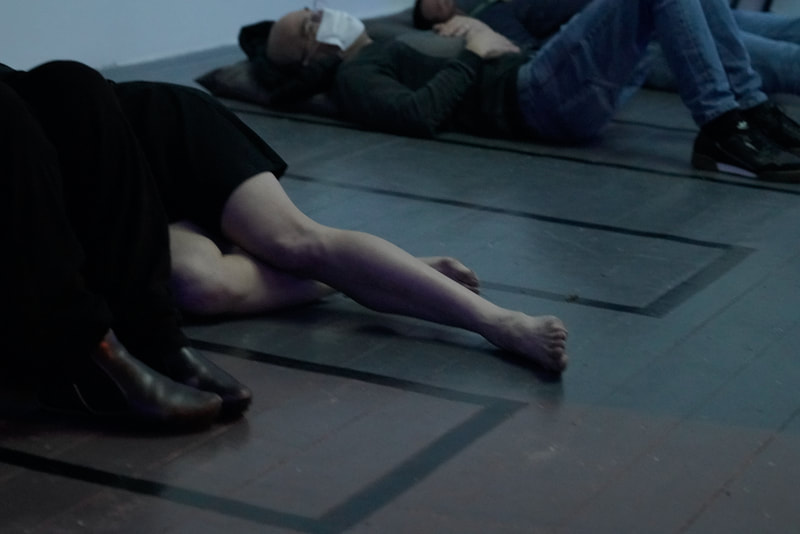 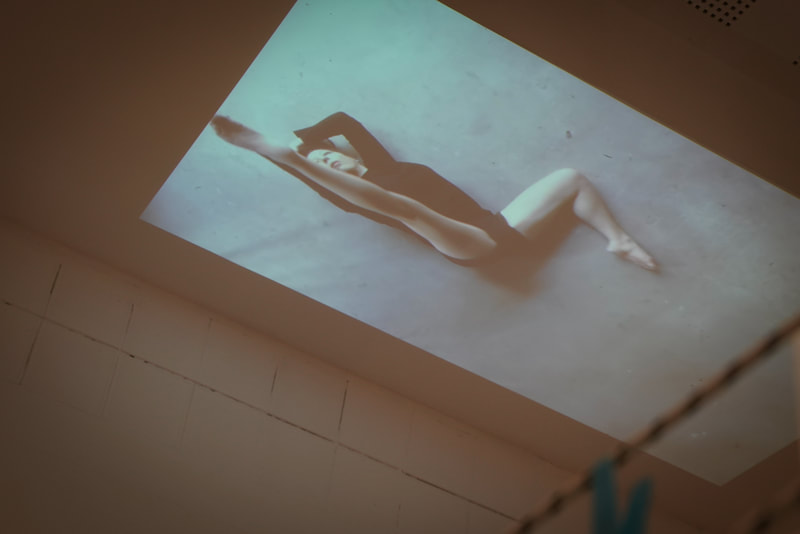 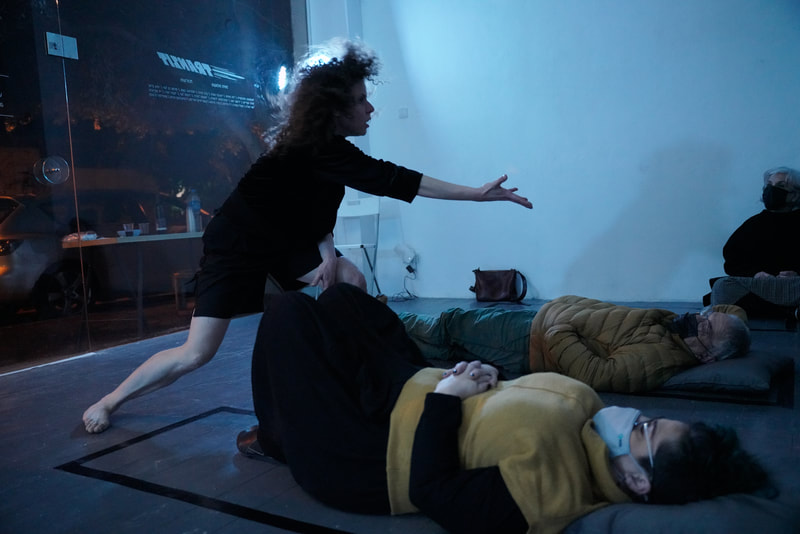 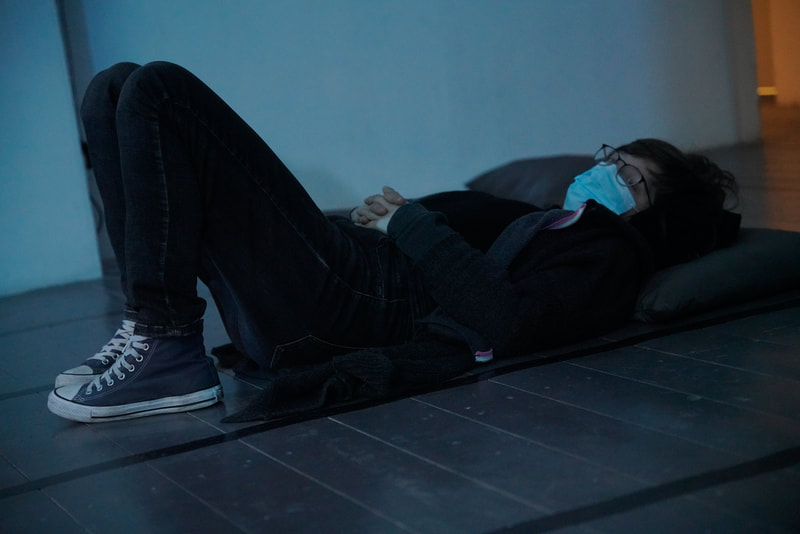 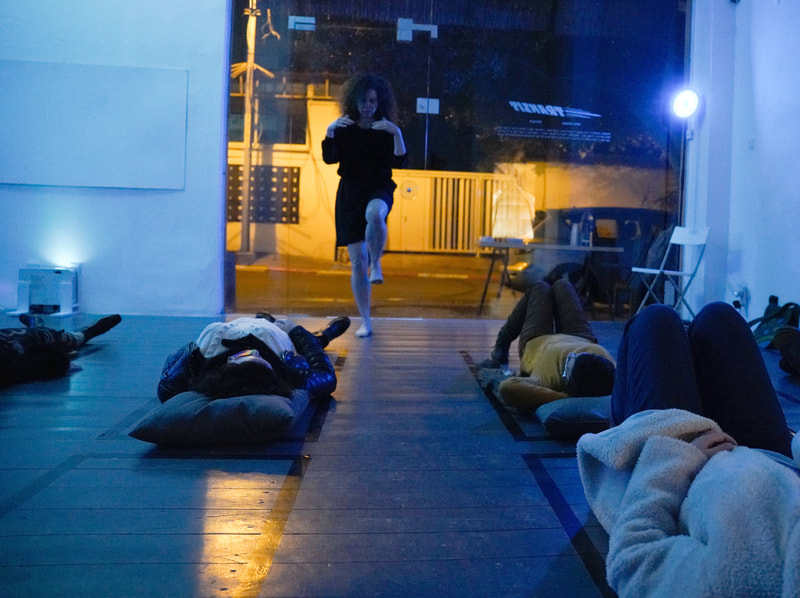 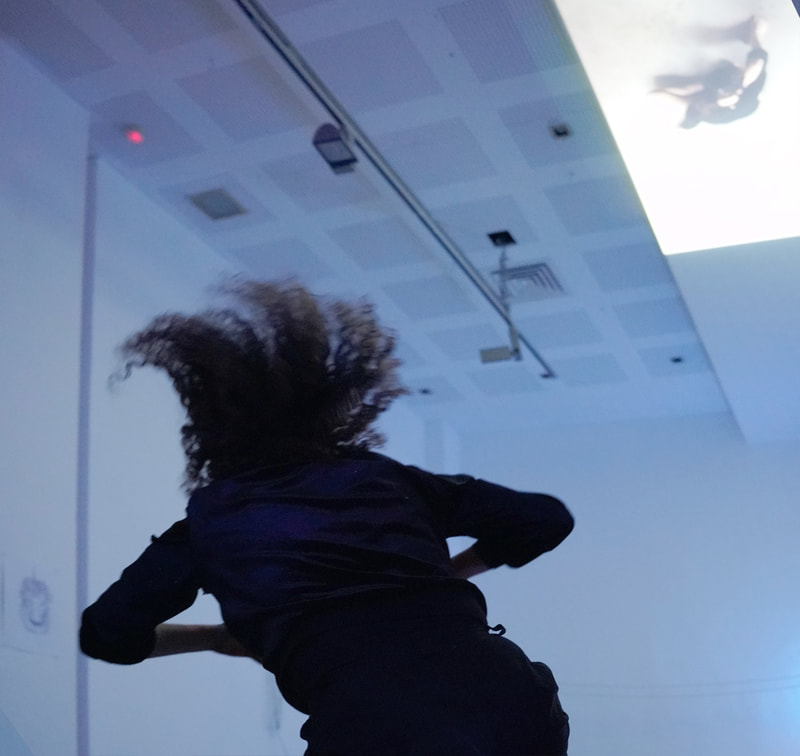 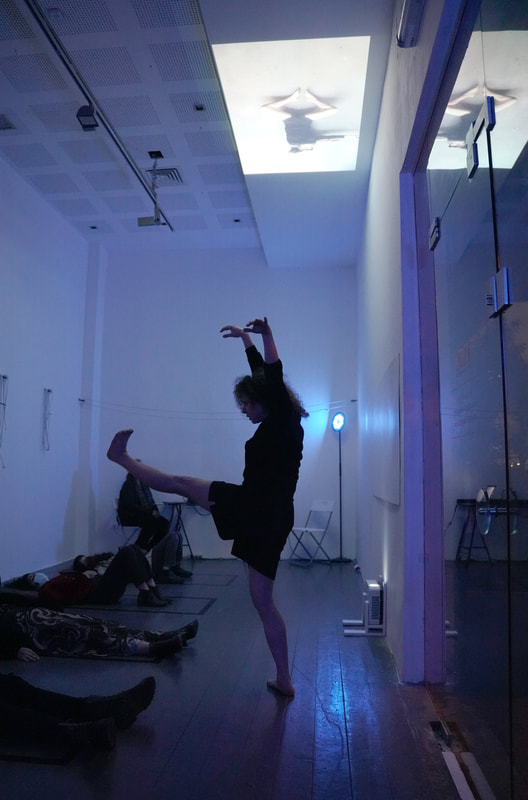 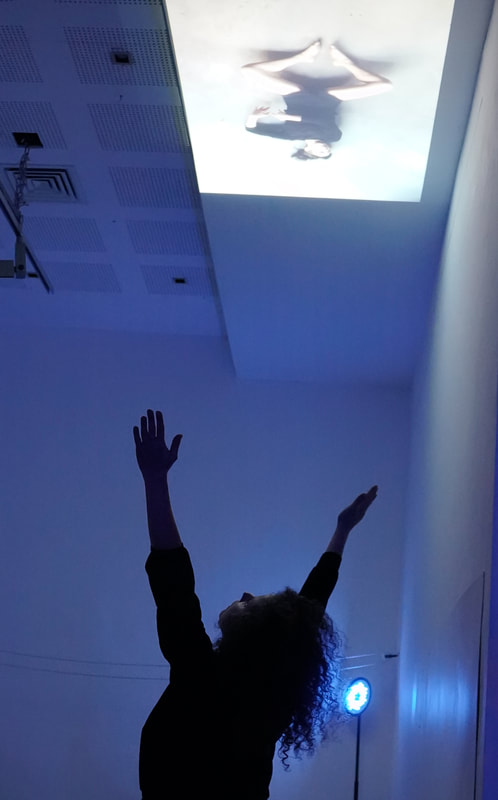 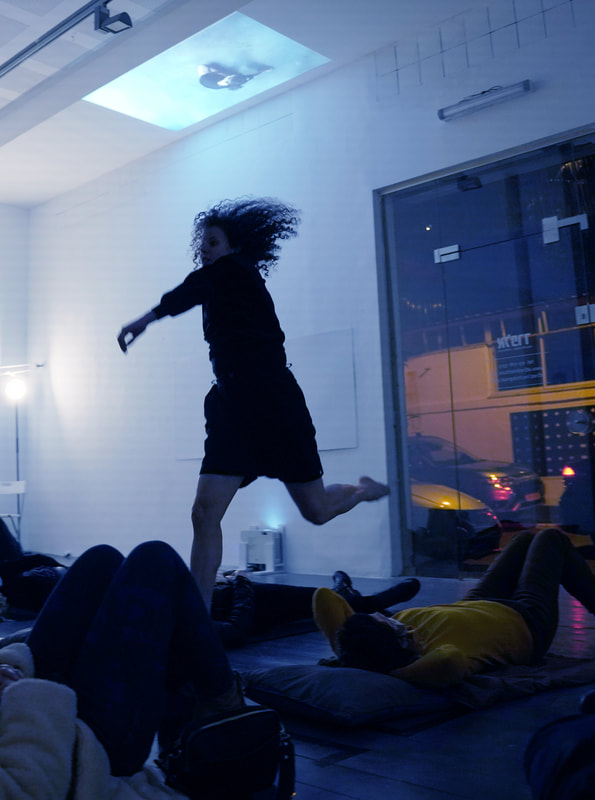 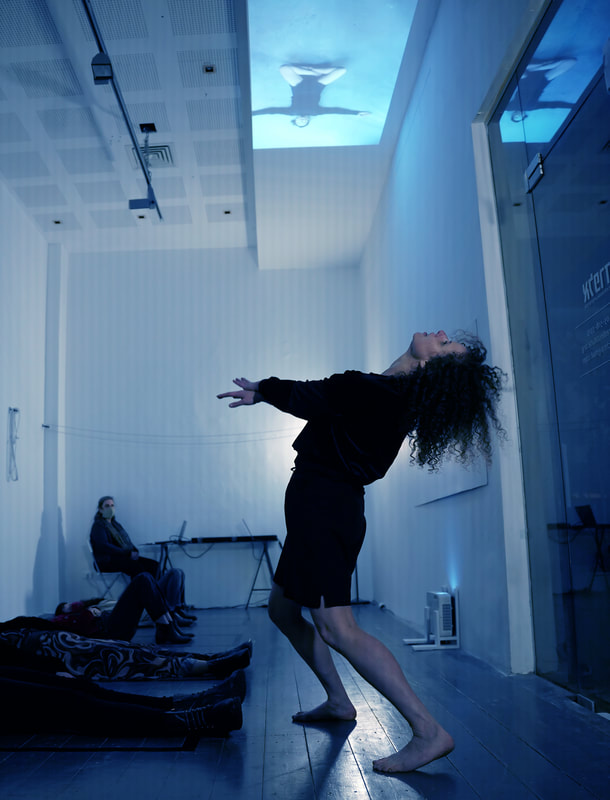 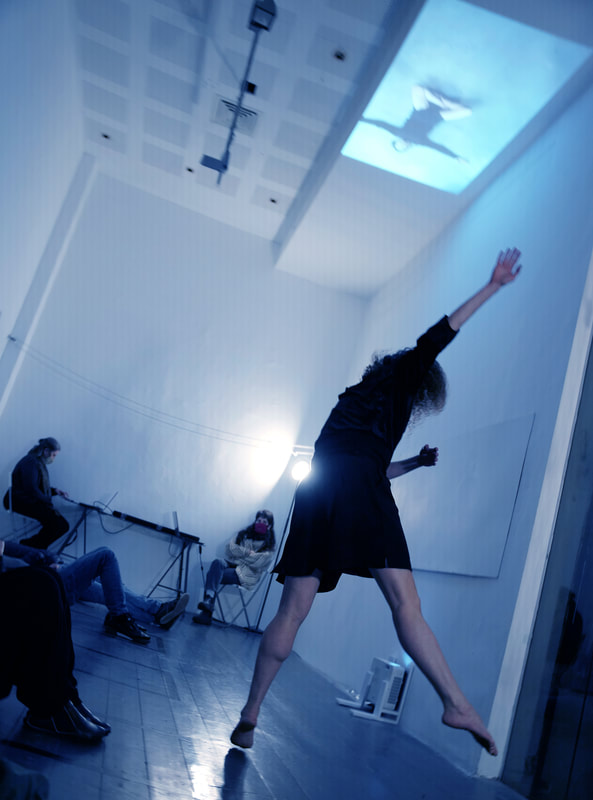 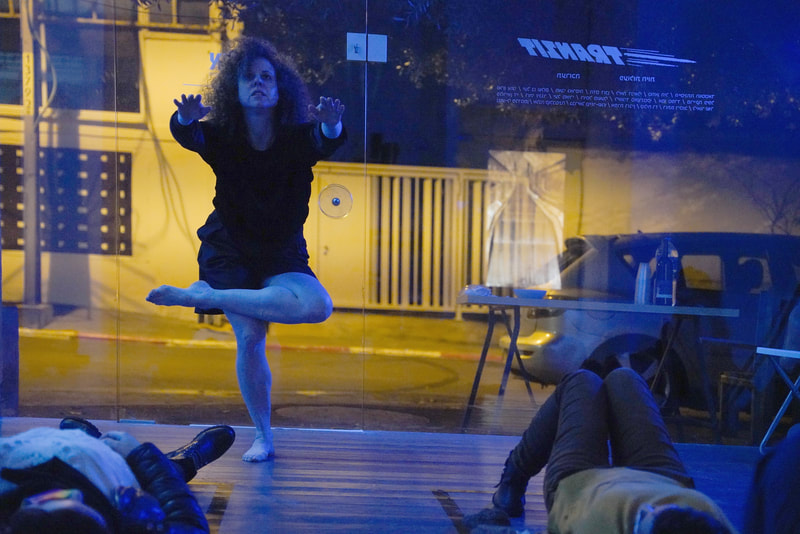 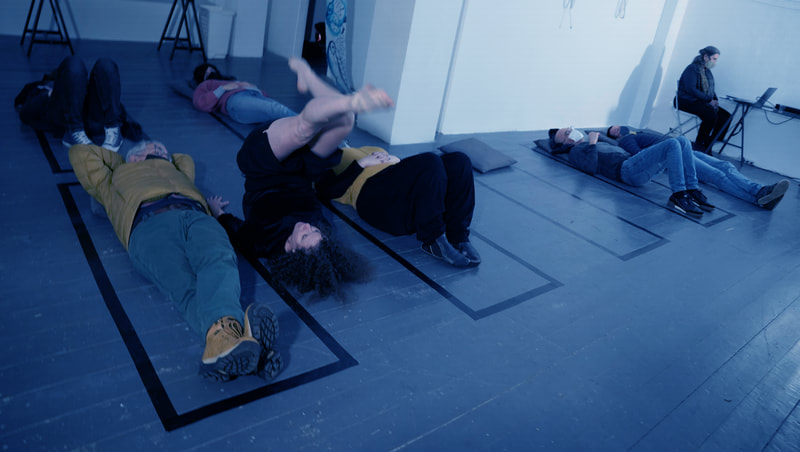 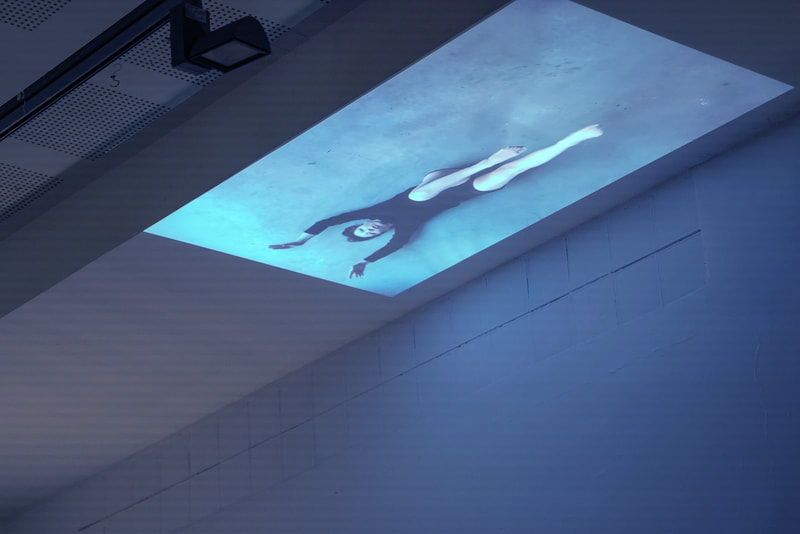 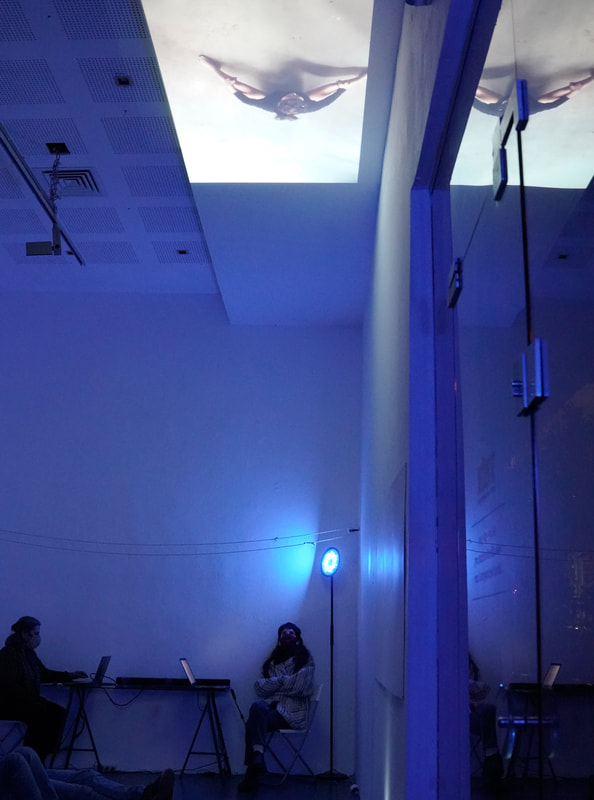 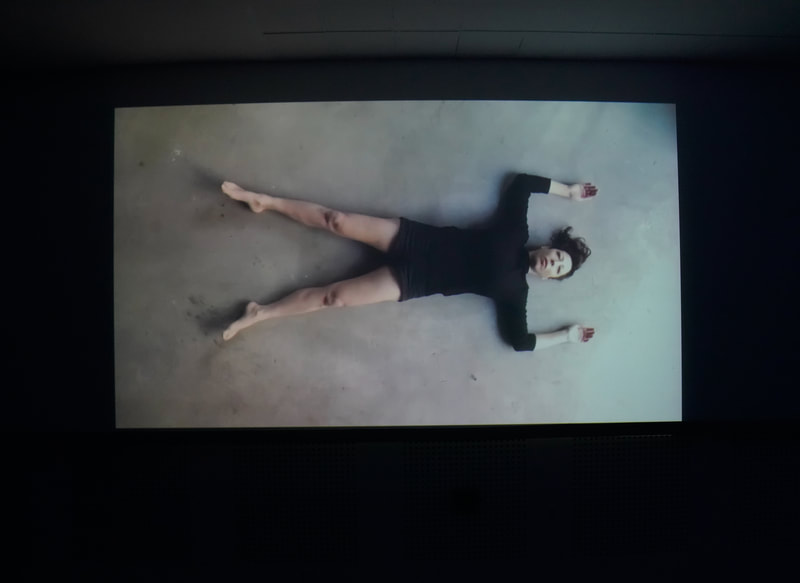 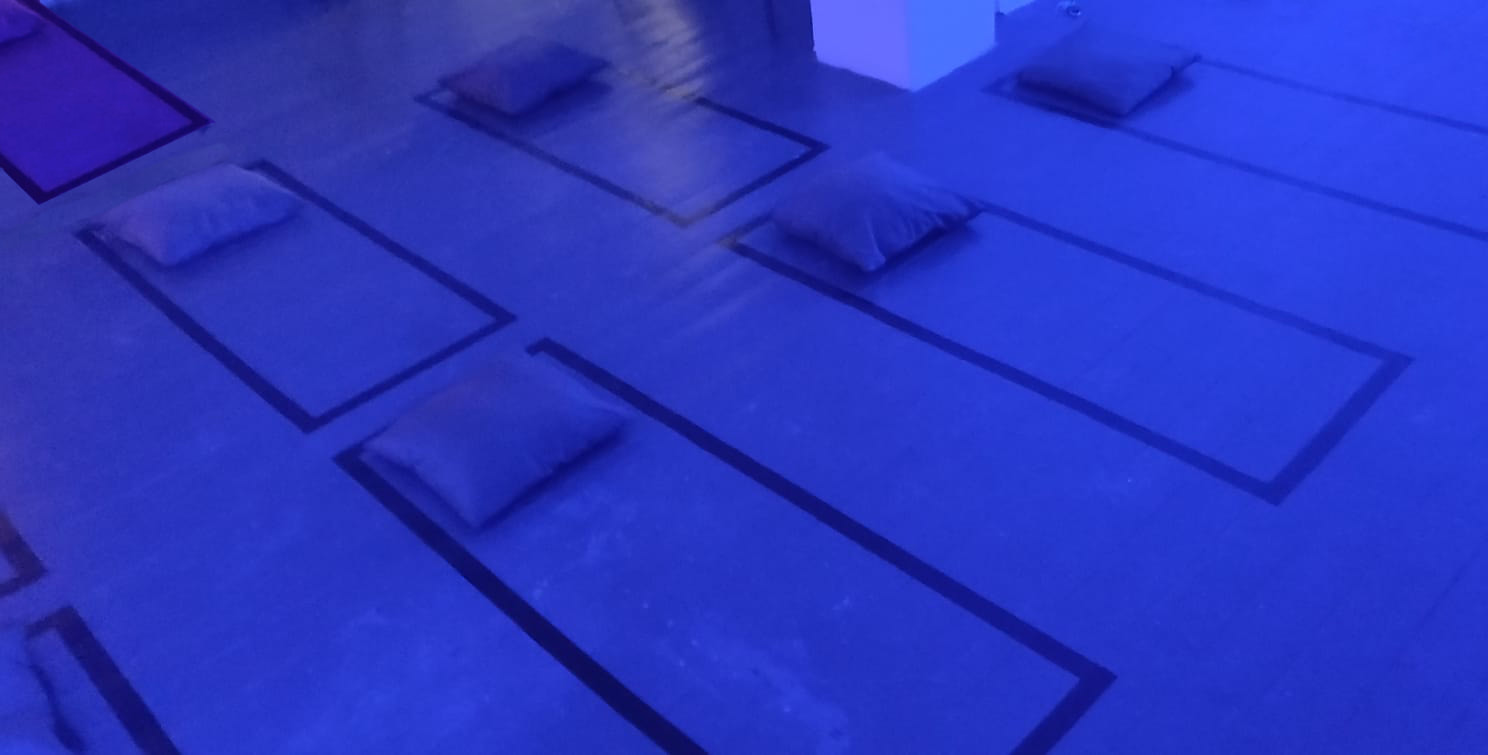 The duet by Efrat Rubin and Rotem Ritov is a multi-layered correspondence held simultaneously in the present and past, in the gallery space and in video screenings.
Efrat Rubin who lives in Tel Aviv sent to Rotem Ritov who lives in Berlin  a digital file of dance sketches based on a choreography she created 24 years ago in Brussels. Ritov responded  based on guidelines and filmed a video dance to which Rubin responded in turn in a live dance to the sounds of Bach’s “The Goldberg Variations”   in Alfred gallery. Rubin addressed both the audience and the video screening of Ritov, which was projected on the gallery ceiling, moving between the audience who was invited to watch the performance while laying on the floor.

Lost & Found was created especially for Transit, a cooperative exhibition and events project conducted by the collaboration between the collectives Alfred (Tel Aviv, Israel) and Betonbox (Düsseldorf, Germany).

The Transit project was exhibited throughout the Alfred Institute building: in the gallery and the public spaces. The exhibition and its live events were rich in works and mediums.
The diverse works presented in Transit are based on exiting comfort zones and relinquishing control. The works were created as a response, translation, intervention or interpretation of each other’s artistic ideas. Artistic exploration was dedicated to the challenge presented by remote communication and the concept of “operating instructions”. The works, sent by Betonbox members as digital files or as texts containing operating instructions, served as a trigger for artistic reactions by Alfred members and the guest artists, some of which are the fruit of advance planning and some of which came to fruition during the events. Some of the Israeli participants have created new objects that relate to the project’s title, while others respond to the files that have been sent and the material presence of the exhibition works.

Cooperation between the collectives began in 2015 and has been exhibited at different points in time in Düsseldorf and Tel Aviv. The title for the third joint project, Transit, was chosen based on the unique challenges the Covid pandemic has placed in their way. In light of continued restrictions on movement and communication difficulties, a conceptual alternative to physical display was conceived, and the restrictions were leveraged into an artistic challenge to realize a different kind of cooperation between the collectives.
Proudly powered by Weebly