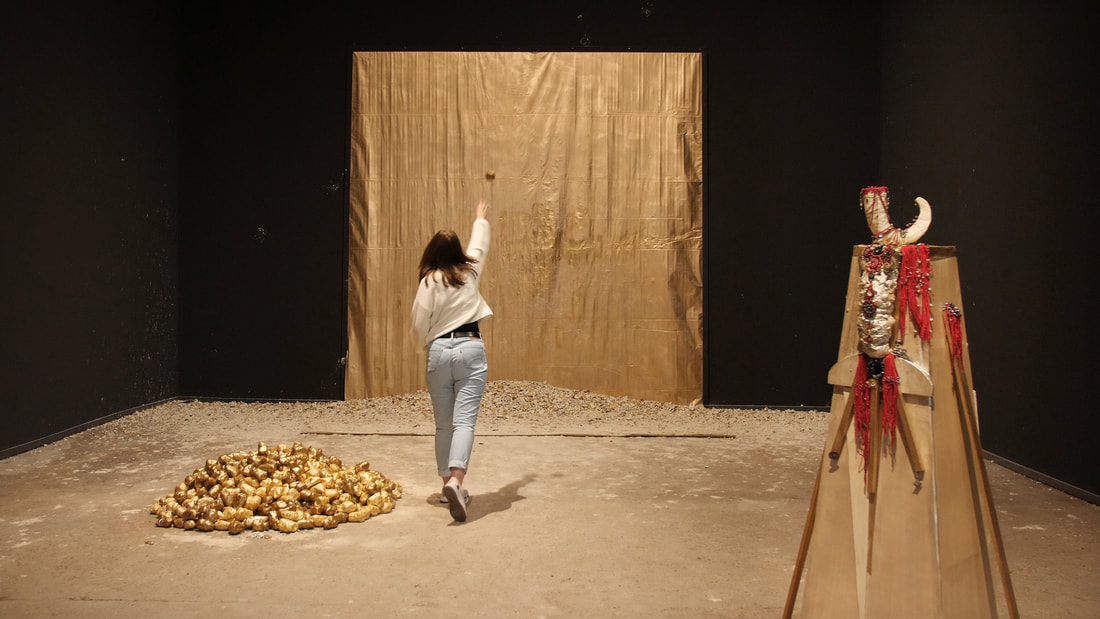 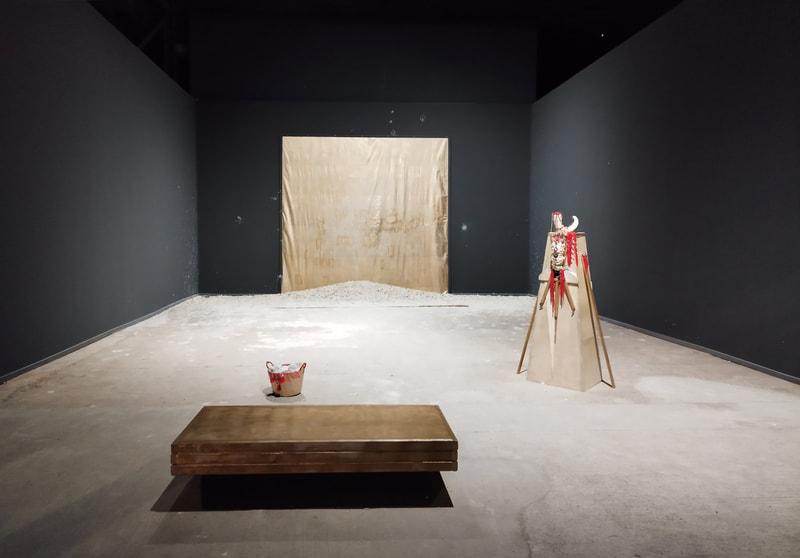 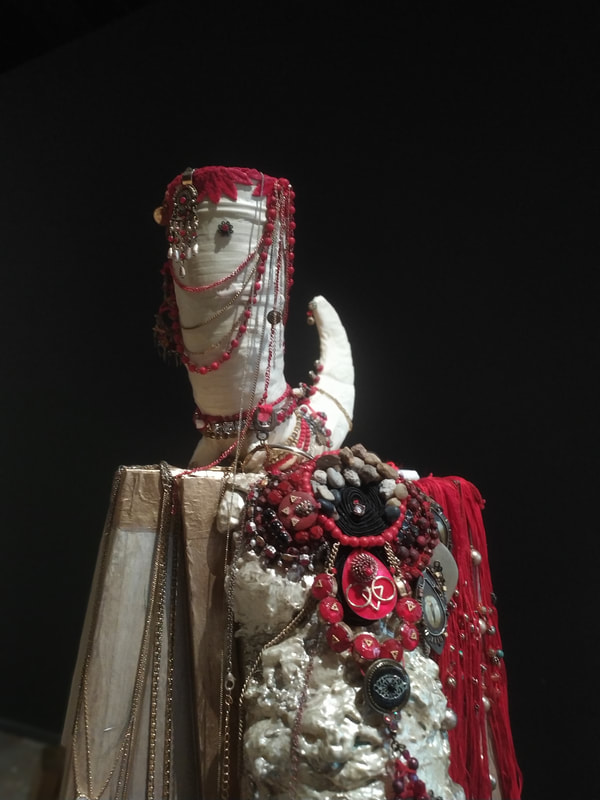 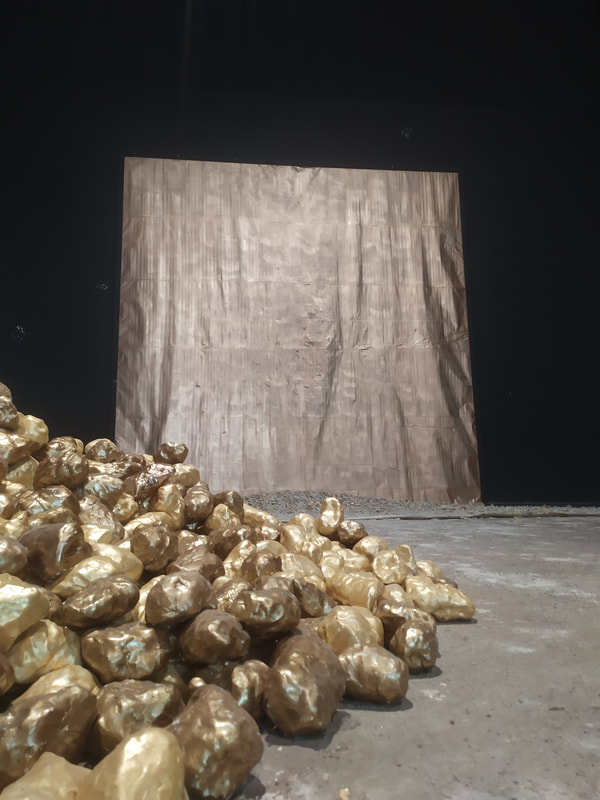 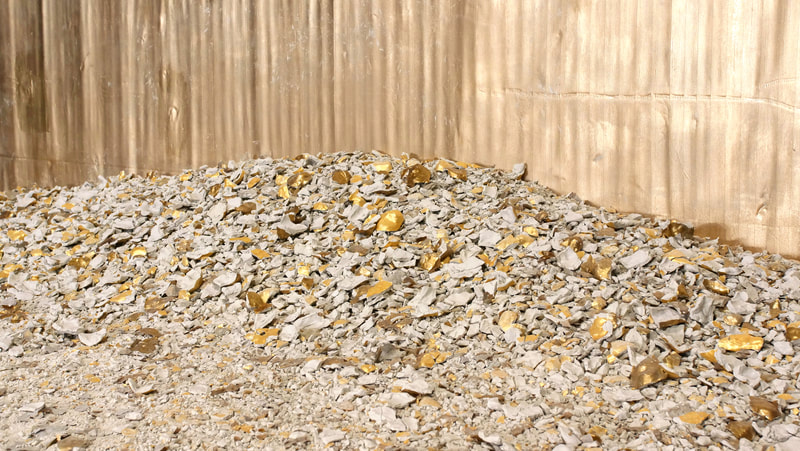 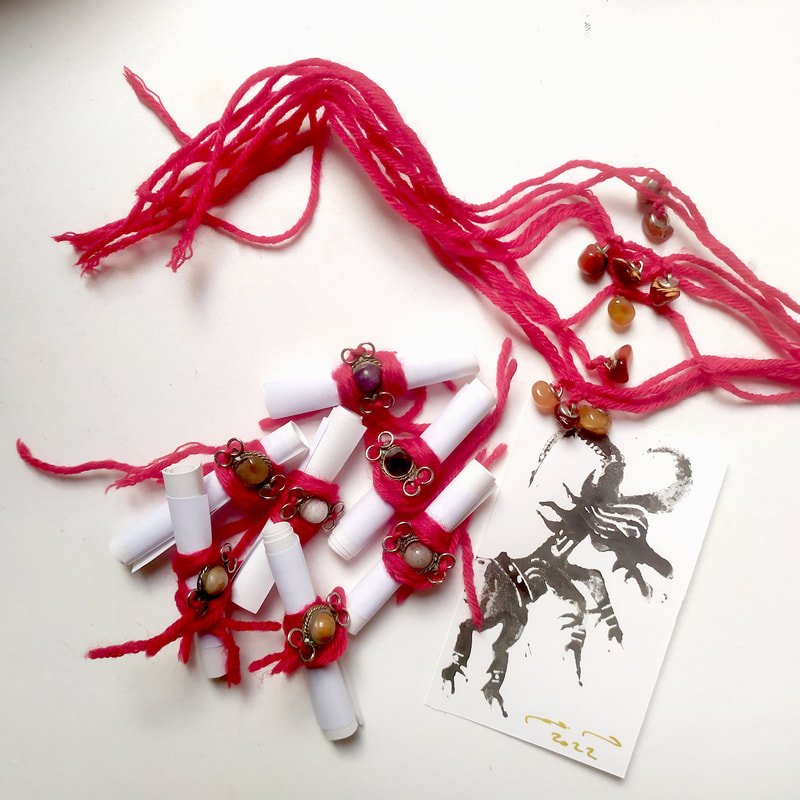 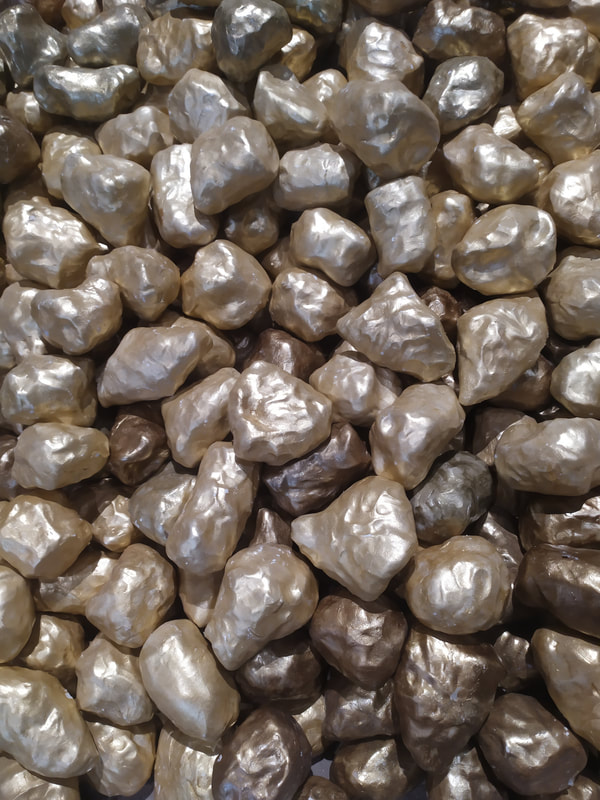 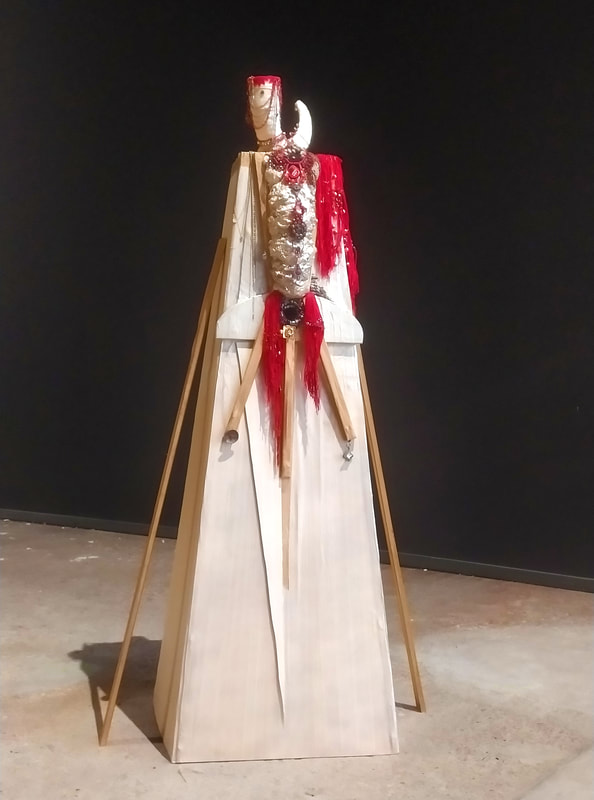 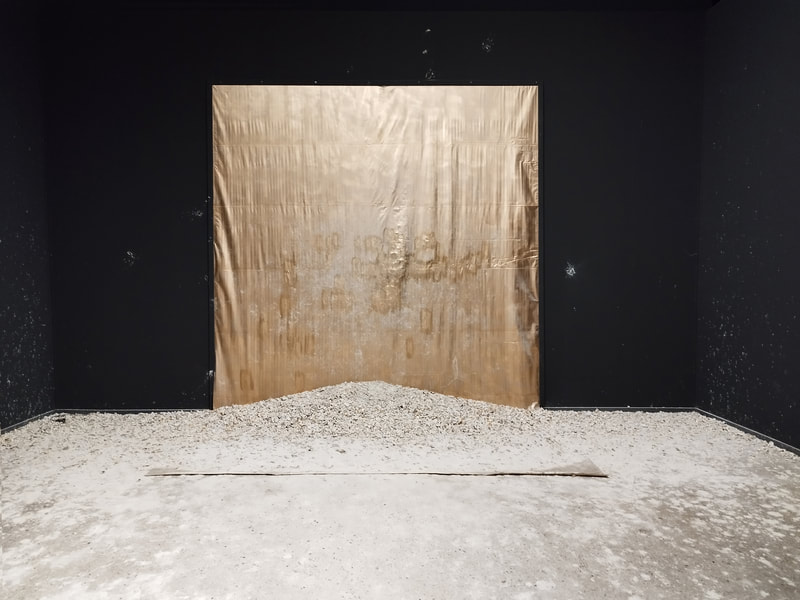 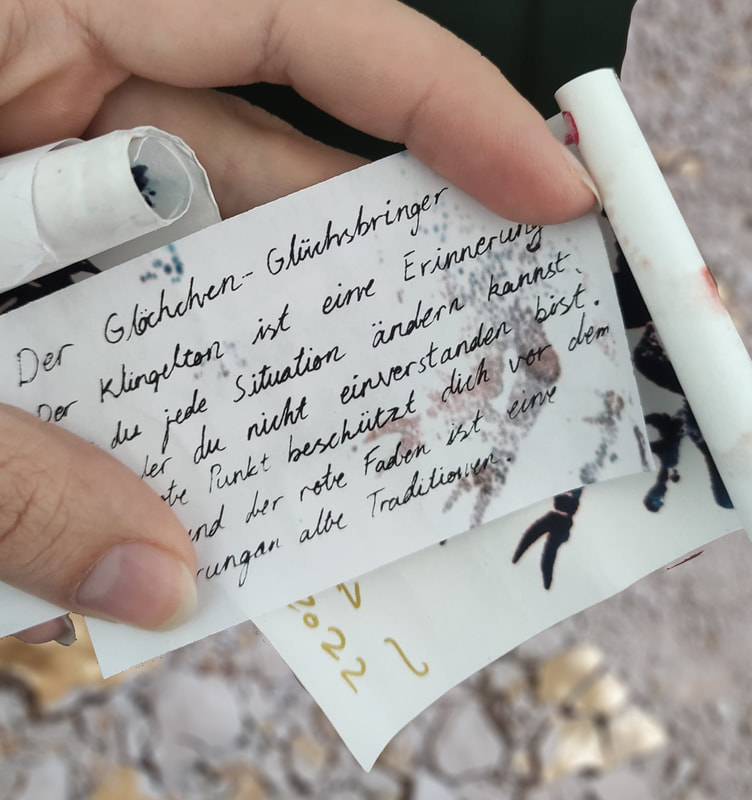 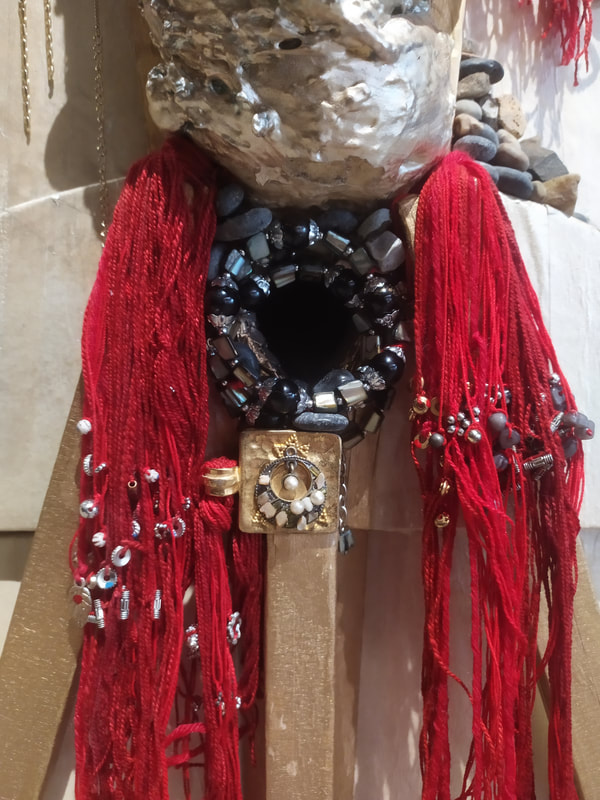 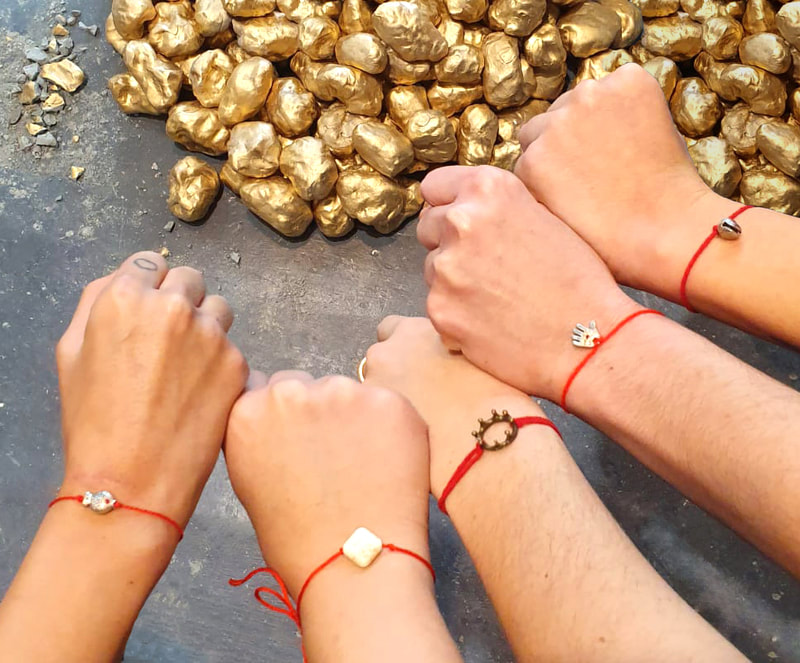 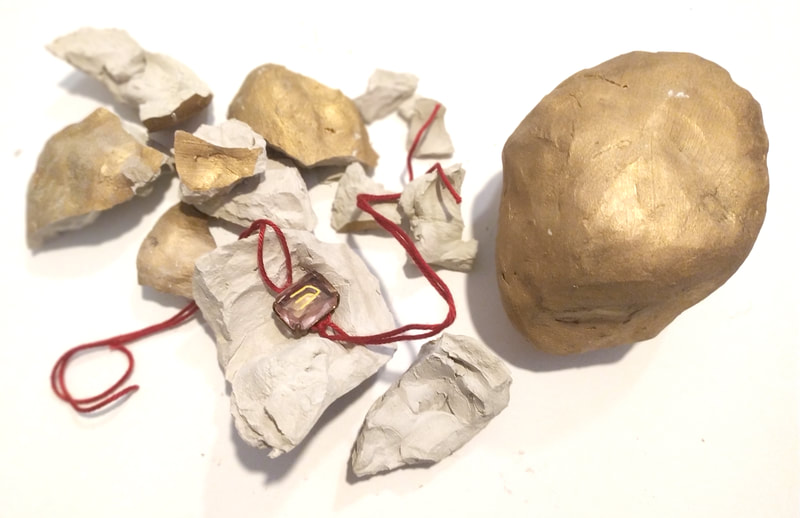 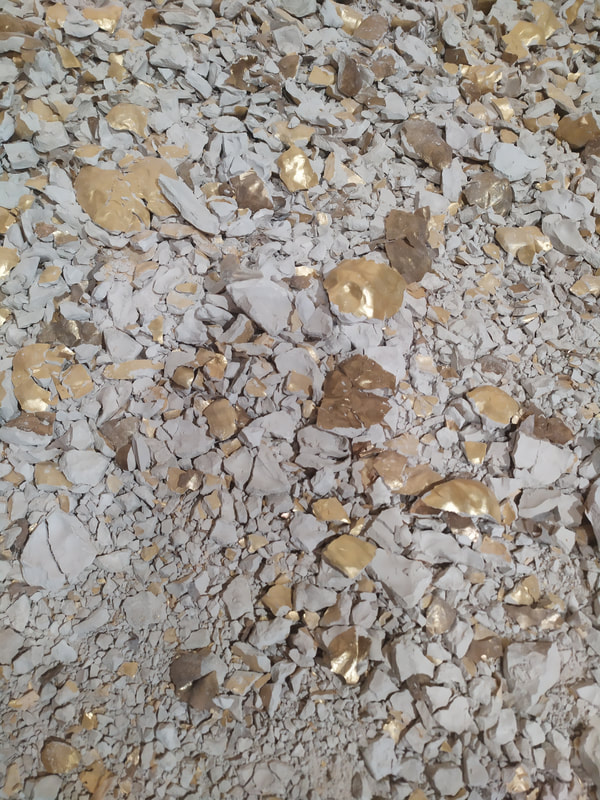 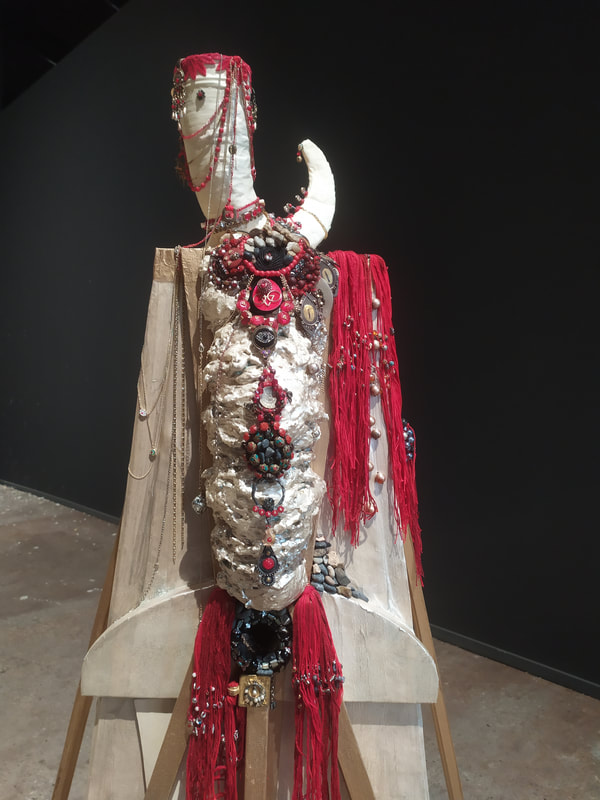 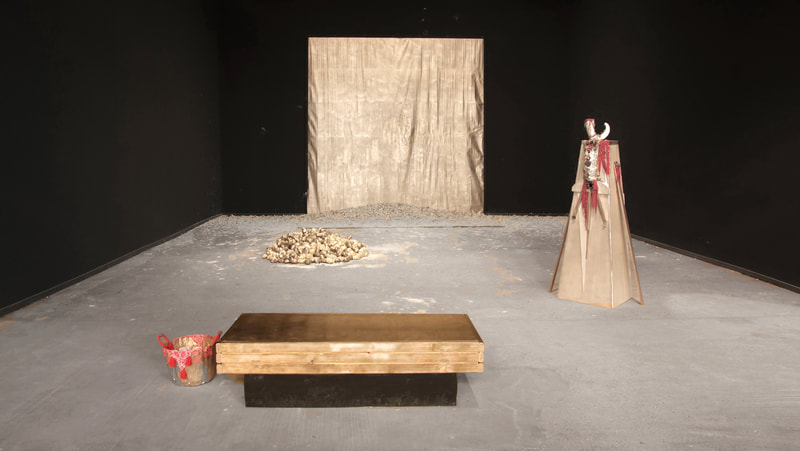 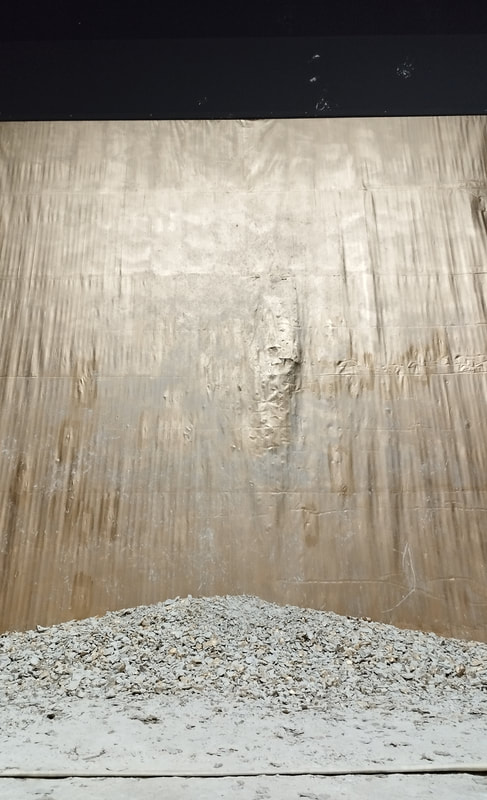 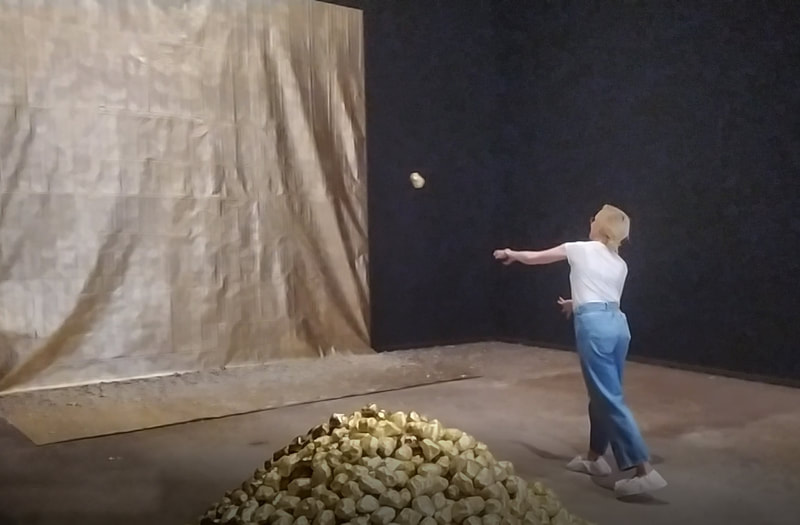 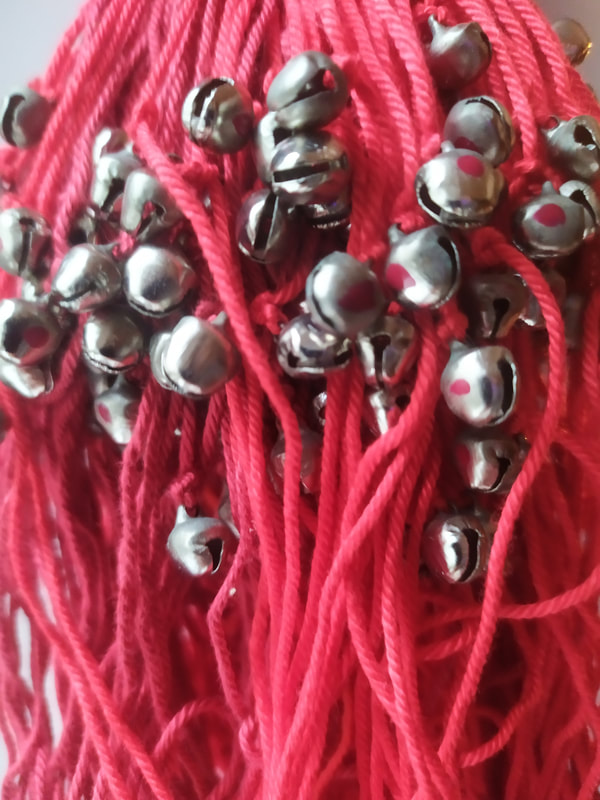 Ha-Sair
Ha-Sair  is an interactive installation. It is a fictional ceremony constructed by assimilated  elements, symbols, materials, and colors, echoing Ritov's background: local Mediterranean cultures, religions, traditions, legends, folklore, myths and representations, all of which are deep rooted in the history of Israel, Judaism, Christianity, Islam and past nations and cultures from this area.

Rituals and cults are imminent actions connecting individuals to communities, believers to their god. Ha-Sair resonates the essence of "Ha-Sair La-Azazel" (the scapegoat), originated in the "Yom Kipur" (day of atonement) the most holy and sacred day in Jewish religion. The act of throwing the golden stone release the thrower from the “cult of sacrifices” towards a pro-active life approach as a symbolic opposition to the divine "demand" for sacrifices and scapegoats.

The viewer is required to take action:
to donate in the foundation-horn, to throw a clay-gold-charm stone at the golden wall, and finally, to collect the amulet hidden within the stone. Now, Ha-Sair ceremony is fulfilled - the participant broke the cycle, and the blessed amulet is a reminder of the possibility for self redemption.

The golden clay stones were made in collaboration with the women of IsA-K, a non-profit clothing workshop association of  AWO Kreisverband Berlin-Mitte e.V. IsAK help women who were prosecuted and requires to do service work (integration instead of exclusion), and offer advice and support from an experienced social worker on the following topics: ways out of addiction, homelessness, avoiding further delinquency, problems in the social environment, perspectives on the job market.

The participants' donations are designated to support IsA-K as a with a pro-active aid agenda, thus, the act of participation in the artwork was spread to wider circles of positive actions.
Proudly powered by Weebly